This is a shortened version of the highly entertaining article just sent to us by Chief Organiser Jonathan Russell. The full text will appear in our next issue of KITE where you will find out exactly how it happened and who won this epic contest. Many thanks to all who helped along the way. It was a fantastic effort on everyone’s part and we’re so grateful for your support. 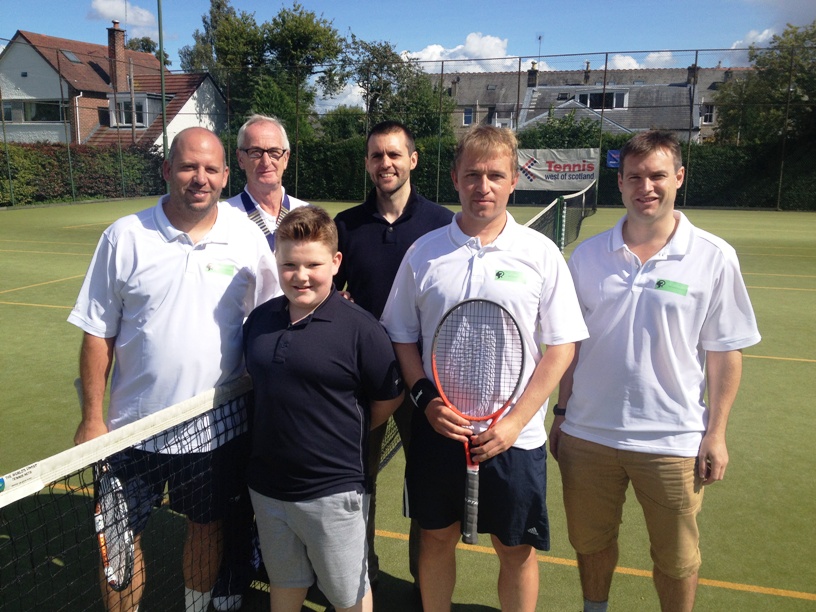 “They came, they played, they even suffered ice bucket challenges – and they raised more than £1900 for Brain Tumour Action in the process. Two tennis coaches decided to settle a drunken bet on who would win a best-of-three-sets singles match to raise money for the charity. Euan McGinn and Jonathan Pankhurst have been team-mates in their county side for years but when they argued on a night in the pub there was only one way to settle it. And McGinn v Panky – Judgement Day was born. There was even a song recorded which can be heard at https://www.youtube.com/watch?v=q42zvBanJLo

After the match both players received a trophy to commemorate their day from Caleb Duffy, 10, who has been battling a brain tumour for several years.

Thanks to every single spectator who came down to Giffnock and also to everyone who donated money, either online or at the match. But most of all thanks to the two heroes of the day, Euan McGinn and Jonathan Pankhurst. No idea what you were thinking when you agreed to do this but everyone’s glad you did! Congratulations.”